Raman spectroscopy  is a spectroscopic technique used to observe vibrational, rotational, and other low-frequency modes in a system.It relies on inelastic scattering, or Raman scattering, of monochromatic light, usually from a laser in the visible, near infrared, or near ultraviolet range. The laser light interacts with molecular vibrations, phonons or other excitations in the system, resulting in the energy of the laser photons being shifted up or down. The shift in energy gives information about the vibrational modes in the system. Infrared spectroscopyyields similar, but complementary, information.

Typically, a sample is illuminated with a laser beam. Electromagnetic radiation from the illuminated spot is collected with a lens and sent through a monochromator. Elastic scattered radiation at the wavelength corresponding to the laser line (Rayleigh scattering) is filtered out, while the rest of the collected light is dispersed onto a detector by either a notch filter or a band pass filter.

Spontaneous Raman scattering is typically very weak, and as a result the main difficulty of Raman spectroscopy is separating the weak inelastically scattered light from the intense Rayleigh scattered laser light. Historically, Ramanspectrometers used holographic gratings and multiple dispersion stages to achieve a high degree of laser rejection. In the past, photomultipliers were the detectors of choice for dispersive Raman setups, which resulted in long acquisition times. However, modern instrumentation almost universally employs notch or edge filters for laser rejection and spectrographs either axial transmissive (AT), Czerny–Turner (CT) monochromator, or FT (Fourier transform spectroscopy based), andCCD detectors.

THE HIGGS BOSON is a elementary particle in theStandard Model of Particle physics. Its main relevance is that it is the smallest possible excitation of the Higgs field – a field that unlike the more familiar electromagnetic field cannot be “turned off”, but instead takes a non-zero constant value almost everywhere. The presence of this field explains why some fundamental particles have mass while the symmetries controlling their interactions should require them to be massless, and why the weak force has a much shorter range than the electromagnetic force.

The mission is a “technology demonstrator” project to develop the technologies for design, planning, management, and operations of an interplanetary mission.[15] It carries five instruments that will help advance knowledge about Mars to achieve its secondary, scientific objective.

The Mars Orbiter Mission probe lifted-off from the First Launch Pad atSatish Dhawan Space Centre (Sriharikota Range SHAR), Andhra Pradesh, using a Polar Satellite Launch Vehicle (PSLV) rocket C25 at 09:08 UTC (14:38 IST) on 5 November 2013. The launch window was approximately 20 days long and started on 28 October 2013. The MOM probe spent about a month in Earth orbit, where it made a series of seven apogee-raising orbital manoeuvres before trans-Mars injection on 30 November 2013 (UTC).After a 298-day transit to Mars, it was successfully inserted into Mars orbit on 24 September 2014.

It is India‘s first interplanetary mission and ISRO has become the fourth space agency to reach Mars, after the Soviet space program,NASA, and the European Space Agency.It is also the first nation to reach Mars orbit on its first attempt, and the first Asian nation to do so. 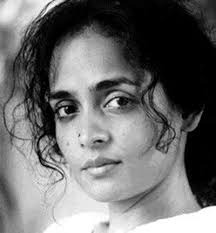 Suzanna Arundhati Roy (born 24 November 1961) is an Indian author and political activist who is best known for the 1998 Man Booker Prize for Fiction-winning novel The God of Small Things (1997) and for her involvement in human rights and environmental causes. Roy’s novel became the biggest-selling book by a nonexpatriate Indian author.[citation needed] Roy is known for her secular, anti-caste and anti-Hindutva views, and recently for her trenchant criticism of Mohandas Gandhi for favouring the varna system.

The God of Small Things

Roy began writing her first novel, The God of Small Things, in 1992, completing it in 1996.The book is semi-autobiographical and a major part captures her childhood experiences in Aymanam.

The publication of The God of Small Things catapulted Roy to international fame. It received the 1997 Booker Prize for Fiction and was listed as one of the New York Times Notable Books of the Year for 1997. It reached fourth position on the New York Times Bestsellers list for Independent Fiction.From the beginning, the book was also a commercial success: Roy received half a million pounds as an advance; It was published in May, and the book had been sold to eighteen countries by the end of June.

The God of Small Things received stellar reviews in major American newspapers such as The New York Times (a “dazzling first novel,” “extraordinary,” “at once so morally strenuous and so imaginatively supple”) and the Los Angeles Times (“a novel of poignancy and considerable sweep”), and in Canadian publications such as the Toronto Star (“a lush, magical novel”). By the end of the year, it had become one of the five best books of 1997 by TIME. Critical response in the United Kingdom was less positive, and that the novel was awarded the Booker Prize caused controversy; Carmen Callil, a 1996 Booker Prize judge, called the novel “execrable,” and The Guardian called the contest “profoundly depressing.”In India, the book was criticised especially for its unrestrained description of sexuality by E. K. Nayanar,then Chief Minister of Roy’s homestate Kerala, where she had to answer charges of obscenity.

Medha Patkar (born 1 December 1954) is an Indian social activist and social reformer turned politician. She is the founder member of Narmada Bachao Andolan and was National Convener of National Alliance of People’s Movements (NAPM), an alliance of progressive people’s organisations. She was a representative to the World Commission on Dams, to research the environmental, social and economic impacts of the development of large dams globally.National Alliance of People’s Movements, the organization she leads, filed a public interest litigation in the Bombay High Court against Lavasa.

Patkar was a candidate of Aam Aadmi Party, from Mumbai North East Lok Sabha constituency, for the Indian general election, 2014.